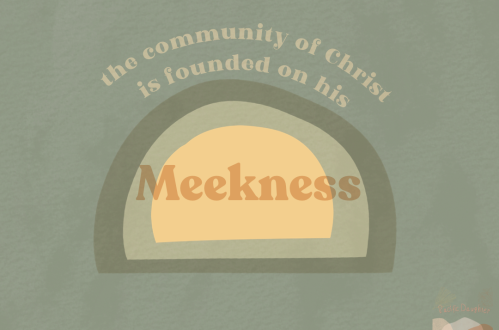 Today’s society is increasingly individualistic. We must think of ourselves first in order to survive or succeed. We must be independent and self-sufficient. But the Bible constantly reminds us of our call to community, often referring to Christ’s followers as the body of Christ and the fellowship of believers. We were created for community. A community founded on Christ-likeness. A community that reflects the servanthood, humility, and love of Jesus.

The character Snow White in the movie Snow White and the Seven Dwarfs by Walt Disney gives us a great example of what it means to live out Christ-likeness. Snow White is forced to dress in rags and work as a maid in her own castle by her wicked stepmother, the queen. The queen is obsessed with being the fairest in the land and consults her magic mirror to guarantee that her title remains. One day, the mirror announces that Snow White, despite her ragged clothing and lowly position, has exceeded the fairness of her stepmother. In order to reclaim her title, the queen sends a huntsman to take Snow White into the woods and kill her. The Huntsman is hesitant but obeys her command in order to avoid the consequences of not carrying out the mission. He takes her into the woods but right as he is about to cut out her heart, he finds himself not being able to carry out her murder. He is overtaken by her gentleness and kindness and releases her. Snow White escapes into the woods until she happens upon a little cottage belonging to seven little dwarfs.

When she meets the quirky dwarfs she is immediately kind to them. She is even kind to Grumpy who is not very fond of her or anyone for that matter. As they contemplate whether they will allow her to stay or not she pleads with them and offers her services.

These characteristics are foreign to our popular culture. As a princess, she should be entitled to everything. But we forget that throughout the movie. Why? Because she never acts like one. When you view her in light of her birthright, your perspective begins to change. Snow White willingly cooks and cleans for the imperfect dwarfs. She genuinely loves them and serves them. She never tries to get what she deserves. She is meek and mild. She is loving and kind. She lives out the character of Christ. As Christians, this is what we are commanded to imitate.

Do nothing from selfish ambition or conceit but in humility count others more significant than yourselves.  Let each of you look not only to his own interests but also to the interests of others.  Have this mind among yourselves, which is yours in Christ Jesus, who, though he was in the form of God, did not count equality with God a thing to be grasped,  but emptied himself, by taking the form of a servant, being born in the likeness of men. And being found in human form, he humbled himself by becoming obedient to the point of death, even death on a cross.
We are encouraged to live individualistic and selfish lives. We are entitled and demand all that we think we deserve. The idea that we are to humble ourselves before one another, to sacrifice and think of the well-being of others before our own is a foreign and foolish concept. When we watch Snow White and the Seven Dwarfs we might ask ourselves, “What kind of princess submits to those she potentially has power over and serves those who should rightfully be serving her? What kind of princess loves the unlovable, thinking of them as more significant than herself?”

When we look at the gospel, the same thought must cross our minds. What kind of God did not seek to be like God but emptied himself to become a man? To become a servant, to die for those he loved. Jesus Christ came to show us what true love and divine humility look like. It looks like him and is achieved through him.

Snow White gives us a glimpse of the Christ-likeness we are to pursue. In the end, the princess’ love changes hearts and lives. The huntsman risks his life to spare her, the prince searches high and low to find her, and the dwarfs fight tooth and nail to save her from the queen. When Snow White is put under the sleeping death curse all come to mourn. They loved her and humbled themselves before her. Even Grumpy has a heart change and mourns the loss of the beloved princess. When she is awakened by the prince all rejoice and she is carried off to her kingdom.

When we are met with the love of Christ through the gospel it changes us. We are compelled to embrace Christ and become more like him. We are moved by the one who is truly the fairest of them all to live our lives with the same humility, servanthood, and love for others.